“I live here, why should I be afraid?”: South Asian immigrants respond to Trump’s election with uncertainty 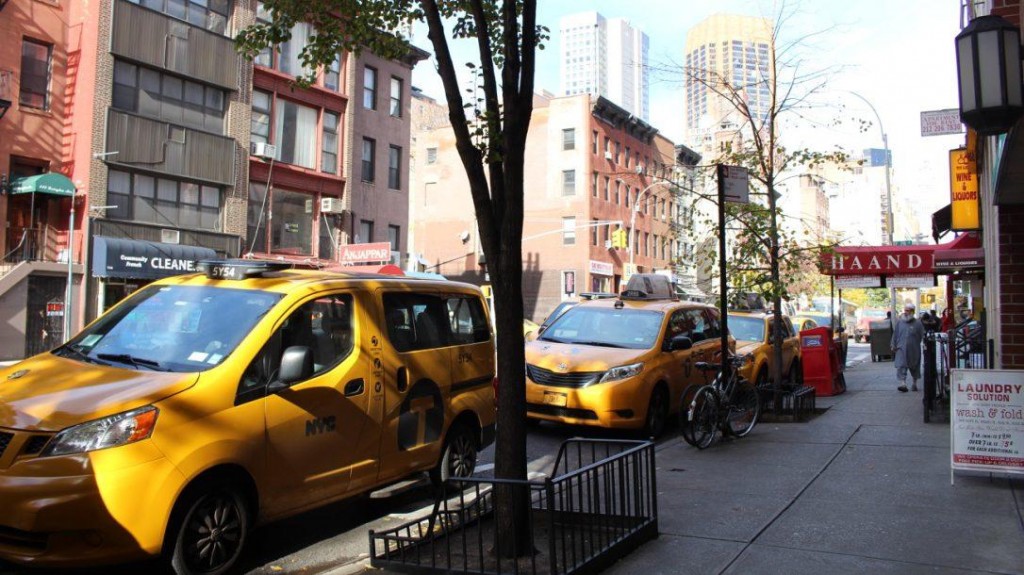 At any given time of the day, a line of yellow cabs can be seen parked outside Haandi, a restaurant in the South Asian part of New York’s Lexington Avenue sometimes called Curry Hill. Tucked in between stores selling saris, pickle, and paan, the casual eatery is a favorite among South Asian cab drivers looking for familiar food and the company of compatriots.

“Salaam Alaikum,” hollers a man from the entrance, walking up to the glass counter to inspect the array of dishes. He fills his thermos with the hot, milky chai that is a staple at the restaurant and packs a samosa to take back to his cab parked outside. Another man pops in and heads downstairs to use the prayer mat placed in the corner of the lower level.

An Urdu channel playing on the television at the front of the restaurant shows news coverage of president-elect Donald Trump meeting with President Barack Obama in the Oval Office. A young man steps out from behind the counter in an red apron, points at the TV, scoffs, and shakes his head, muttering as he slams the doors on his way to the kitchen.

While protests and demonstrations continue across New York following Donald Trump’s victory, South Asian immigrants are coming to terms with a new political reality in which the futures of their friends and family are uncertain.

Ilyas Ahmad, 67, moved to the United States from Pakistan in 1984. He drove a yellow cab in New York for about 26 years and recently became an Uber driver. Since Haandi opened, about 15 years ago, Ahmad has eaten lunch here every day. Like many of the other men dining here alone, he greets the servers and takes a seat while they heat the food in a microwave behind the counter.

He hopes the things Trump said on the campaign trail were empty rhetoric. “It’s worrying but I don’t think he will be in the position to do anything drastic. I’m not the only immigrant, this country is a land of immigrants,” says Ahmad, who has voted for the Democratic Party in every presidential election since he became a citizen 16 years ago. “If somebody wants to get votes he might say something extraordinary. But once you are in a seat like that, then your eyes open.”

As a practicing Muslim, he worries about the broad generalizations made about Islam during the campaign. “If one person does someone bad it can’t be blamed on everyone,” says Ahmad. “What happened in Sandy Hook—who was that person who killed those 26 kids? He was a white kid. But this does not mean everybody is bad.”

In the run up to election day, Trump made some ham-fisted efforts to reach out to the South Asian American community through the Republican Hindu Coalition, including an event that combined Islamophobia—there was a skit showing bearded men dressed in robes attacking a couple who are then rescued by American soldiers—with promises to be “best friends” with India. However, the community is largely left leaning; in the last three presidential elections roughly 90% of South Asian voters voted for the Democratic candidate. South Asian American millennials, dismayed by the idea that some older conservative relatives might be supporting Trump, campaigned for Clinton within the community. On November 8, Indian Americans, like other Asian Americans, voted overwhelmingly for Hillary Clinton.

Harbajan Dhaumi, a Sikh limo driver originally from Punjab in India has lived in New York for nearly three decades. “The United States is not what it was 30 years ago,” says Dhaumi. “It’s changing—it is more hostile here. We only talk about it when there are elections.”

However, people in the community need to become more engaged, he says. “They don’t attend their children’s parent-teacher meetings and they are complaining that they have been failed by the government?”

In the days following the election, as reports of a surge in racist attacks across the country emerge, some in the South Asian American community fear persecution.

Thamid Ahmad, 22, a student from Bangladesh who studies accounting at nearby Baruch College, comes in to Haandi to eat meals between classes. The food reminds him of home cooking in Dhaka, where he grew up. Ahmad, who stayed up late watching the election results with other Bangladeshi friends, still feels shocked.

Though he has not faced harassment in the US so far, he’s worried about increased racism. “When I travel outside of New York I think I’ll feel more threatened now,” says Ahmad. “People won’t be as scared to discriminate against other people based on their religion because they think they have got the president to back them up.” He adds that he is particularly worried for his friends who wear hijabs.

Trump has used caustic and racist language when speaking of immigrants through the campaign, blaming immigrants for rising crime, increasing unemployment, and terrorism. He is expected to remove policies put in place by the Obama administration to protect undocumented immigrants, and has characterized immigrants as criminals, gang members, and drug dealers. While some immigrant communities supported Trump despite his anti-immigrant rhetoric, the election has caused fear to ripple across the US. On Wednesday, the day after the election, undocumented workers in Los Angeles rushed to a legal clinic that helps immigrants gain citizenship.

Many in the South Asian community are worried about immigration policies that might separate families. Trump’s comments that he would end Obama’s relief for undocumented parents of American citizens and deport mothers and fathers, have struck a particular chord.

“I’m scared, but I don’t think we should be scared if we have nothing to hide,” says Mohammad Owais, a taxi driver originally from Pakistan. “I don’t know what’s going to happen. It’s scary for people whose children are born here and are in the process of changing their immigration status.” Owais also worries about what people around the world will think of Americans. “What is the message? That we are not good people? We hate other people?”

Not everyone at Haandi agrees. Roy Sam, an Indian American who runs a small business and has lived in New York for over two decades, is pleased with the result. He is annoyed with the protests around the country, and thinks that the Democratic Party is secretly paying people to come out on the streets.

“Trump is only talking about criminals and those kinds of people, he’s not going to do anything about legal immigrants,” he says, speaking quietly while waiting in line for his dinner. He believes that many of his friends in the Indian American community in New York have been secretly supporting Trump. “They were not saying it publicly, but they were actually supporting Trump and the policies that he stands for.”

For a few, politics is inconsequential. Waqar Gil, 34, is a limo driver who moved to the US from Pakistan in 2004. Before driving a limousine he worked at Hudson News and Dunkin’ Donuts. “Whoever the president is, I am just here for a good future for my family,” says Gil, shrugging. “I live here, why should I be afraid?”