Where is India’s Feminist Movement Headed? 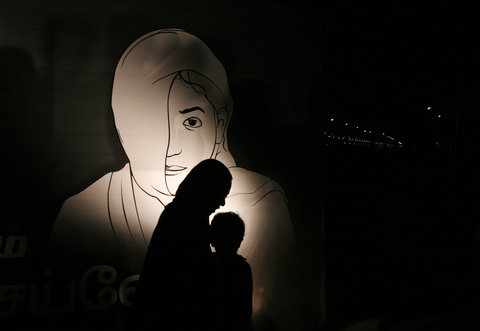 A woman walking past a billboard, with her child, during a candlelight vigil on the eve of International Women’s Day in Chennai, Tamil Nadu.Credit Arun Sankar K./Associated Press

On the night of June 28, 2012, the sarpanch, or the elected head of the village council, of Singar village in rural Haryana, his nephew and two other men allegedly abducted a 15-year-old girl. According to the official complaint, The Hindu reported, the four men beat her up and then took turns repeatedly raping her.

Two days later, they dropped off the young woman, battered and violated, outside her village, about 70 kilometers (44 miles) from New Delhi. Though more than eight months have passed since the rape, the victim has yet to see justice. The young woman is not alone in being physically and sexually abused and then forsaken by the law in India; there are thousands of other women whose cases languish in the Indian courts of law for years, if not decades.

By contrast, when a young woman was gang-raped on a moving bus in New Delhi on Dec. 16, India reeled in horror and masses of protesters took to the streets. It might have been because she embodied in so many ways the aspirations of the new India, or because of the gruesome nature of the act, or because it happened in an urban metropolis, not in the remote hinterland, or because it was simply one assault too many.

The public outrage pressured the authorities to quickly arrest five men and one teenager, who are now on trial in a fast-track court. The New Delhi gang rape has become a landmark in the fight for women’s rights and feminism in India, leading to legislative changes and moving gender to the center stage of political debates.

Though the Indian women’s movement has achieved much, activists and scholars say that there is still a long way to go. Meanwhile, the women’s movement is grappling with ever-new problems as vast economic and social changes sweep the country while old mindsets steeped in patriarchy still prevail.

Women’s rights advocates are hopeful that the renewed spotlight on women’s issues will lead to a sustained campaign. Annie Raja, general secretary of the National Federation of Indian Women, said that the growing realization that a woman’s constitutional right to lead a life of dignity is in question will lead to more mobilization in the future.

“This incident has made the younger generation come out on the streets to demand their constitutional rights,” she said. “Whether until yesterday they were upper middle-class citizens not willing to come out on the streets, today they are raising their voices and the government will have to take note of these changes.”

For now, it appears that the government has taken notice. In the days following the New Delhi gang rape, a fast-track court was created to try the accused, and a panel was set up to analyze India’s rape laws and submitted its recommendations, some of which made their way into an ordinance signed by the president. Also, when the central government’s budget was announced last month, much emphasis was given to women’s security and empowerment.

While all of these measures have been found wanting by women’s rights advocates, they are generally seen as a step in the right direction.

Seasoned activists are quick to point out that the changes that have taken place since the New Delhi gang rape are a culmination of many years of work.

“The widespread response to the rape shows that there has been a growing thinking and feeling that has been happening for decades,” said Paromita Vohra, a filmmaker, writer, and curator whose work has focused on gender, politics, and popular culture.

India has had a vibrant women’s movement that harks back to the pre-independence movement with protests for social reform in the nineteenth century. The movement has been marked by tragedies that have led to campaigns resulting in new laws: the Mathura rape case of 1972, the protests against the dowry-related death of Tarvinder Kaur, who was burned to death in her marital home in 1979, the protests sparked by the act of sati (where a widow is cremated on her husband’s funeral pyre) by Roop Kanwar in 1987 and the protests against the Bhanwari Devi gang rape in 1992.

The challenges that the feminist movement now faces stem from the vast diversities within India. Feminism within India is divided along class, caste, sexuality and disability, and as parts of India develop at a faster rate, increased social and economic inequality is giving rise to new problems like sexual harassment at the workplace and in public transport.

“While changes are taking place in economic parameters, social parameters are not keeping pace with these transformations,” said Indu Agnihotri, director for the Center for Women’s Development Studies. “The lack of progressive values unleashes a strange volatility in the social system, and this affects the women who are the most vulnerable section of the population.”

Because of the rapidly changing socioeconomic context across the country and the vital issues at hand, Indian feminism is often seen as infused with a sense of urgency.

“Feminists in India are fighting for issues of immediate critical urgency – violence, equal wages, life with dignity,” said Annie Zaidi the co-author of “The Bad Boy’s Guide to the Good Indian Girl” and the author of “Known Turf: Bantering with Bandits and Other True Tales.”

“If the stakes are much higher – if the question is whether I can go to work or not – then the sense of immediacy is much higher.”

As it deals with the new problems, Indian feminism is still battling with many of the old problems. The most recent government ordinance introduced some positive measures, like making stalking, voyeurism and acid attacks punishable under criminal law, but it failed to account for marital rape and acts of rape by armed forces personnel.

And though the New Delhi gang rape has brought renewed attention to sex crimes, prosecutions of those cases still move at a glacier pace. On Monday, India’s law minister, Ashwani Kumar, said there are currently 24,000 cases related to rape and sexual harassment pending in India’s Supreme Court and various high courts.

“In a sense, the demands of Indian feminism haven’t changed radically – and this is because there hasn’t been any marked change in the law,” said Nivedita Menon, author of “Seeing Like a Feminist.” “Our demands of the state haven’t changed. We are still asking for accountability of the police, state agencies and the law and protocols to be set in place to deal with sexual violence.”

However, over the years, women’s rights activists have become savvier about how to marshal their forces. Flavia Agnes, a women’s rights lawyer who has worked on gender issues and legal reform since the Mathura rape case, said that a better knowledge of the system has helped in the struggle.

“While the base issues are the same, how we are dealing with them is different,” said Ms. Agnes. “The demands of feminists or the women’s movement are getting more sophisticated, more detailed on what needs to be changed exactly.”

She added that she was now looking at procedural matters and demanding that institutions be made more accountable so that legal reform has an actual effect on the ground.

But one of the most difficult tasks for feminists can’t be accomplished in a courtroom or in a mass protest: that is, changing men’s underlying attitudes toward women, which many advocates say is necessary for a permanent end to the violence, abuse, and persecution that women in India experience.

“Nonce jingoism and sloganeering are seductive but frothy,” said Vrinda Nabar, a former chairwoman of English at Mumbai University and author of “Caste as Woman.” “Mindsets need to change at every level, and all of us need to recognize the inherited prejudices of our collective consciousness once the protesters and their placards have vacated the streets.”