Angered by Unsafe City, Gurgaon Women Call for a ‘Girlcott’ 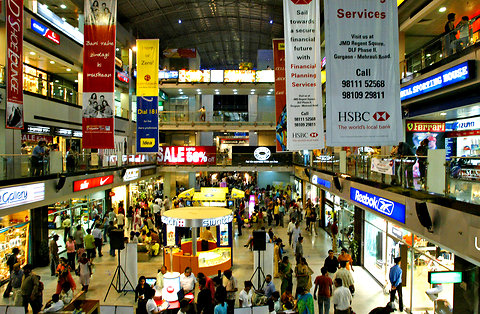 The women of Gurgaon, angered by the recent incidents of violent crimes against women in the outsourcing boom town, are calling for a “Girlcott.”

From April 13 to April 15, a group of women plan to use the power of their pocketbooks to target the private sector, which they say is the de facto authority in the area, thanks to weak local administration. Organizers are asking women to stay away from stores, restaurants, salons, cabs — anything that requires that they spend money in Gurgaon. The event will be accompanied by a protest on Friday evening with various non-governmental organizations, including Let’s Walk Gurgaon, the Gurgaon Drum Circle and the Asmita theater group.

“There will be strength in our demands if the threat of closing our wallets becomes real,” says Richa Dubey, a communications consultant who is heading up the protest. Ms. Dubey, 37, has lived in Gurgaon for the past year and a half and works with the International AIDS Vaccine Initiative. She said she hopes that such a protest will cause private companies to pressure authorities to do more to protect women. “Outrage dies down – how long can you sustain outrage? But commerce is the backbone of Gurgaon.”

The protest comes after a 23-year-old woman was abducted andgang raped at Gurgaon’s Sahara Mall on March 11. The woman, who was leaving the pub where she worked, at 2:30 am, was reportedlydragged out of her taxi by several men in front of her younger brother. The men took her to an unknown location and proceeded to rape her repeatedly before leaving her at a metro station in Delhi.

Gurgaon police responded initially by questioning the veracity of the women’s statement. K.K. Sindhu, Gurgaon’s commissioner of police, said that her claims seemed to be a “peculiar case,” but then later said medical tests verified that she had been raped. The pub that she said she worked for, the Last Chance in the Sahara Mall, denied she was employed by them. Some newspapers reported that deputy commissioner administration P.C. Meena later asked all commercial establishments not to keep women employees at work past 8 p.m. If they did wish to do so, they were asked to obtain the Gurgaon labor department’s permission, said Mr. Meena, reviving an archaic law.

The Gurgaon administration’s response to women’s safety has been viewed by many as ineffective and unrealistic. The incident sparked a fiery public debate and several protests decrying the inefficacy of the Gurgaon police. Concerns about security for women and the severe shortage of police officers have been raised repeatedly in Gurgaon. This year, there have been several cases of reported rape and sexual harassment toward women in the city.

The most recent rape “sparked a lot of outrage because this is not the first time this is happening,” Ms. Dubey said. “Every time something like this takes place, the onus of safety is placed on the woman, the message is that women must stay home, stay away from public transport, don’t wear slinky clothes and don’t hang out in pubs.” There has been a public examination of the 23-year-old woman who was raped, but “no one has looked into the background of the men who have been charge sheeted,” she said.

A diverse group of activists and social groups are supporting the Girlcott: “Lets Walk Gurgaon” is a local walking club that has been protesting the inaction of the administration following the recent rape case; the amateur music group “Gurgaon Drum Circle”; the organization “Breakthrough,” which campaigns against domestic violence; “We, the People,” a non-profit dedicated to citizen rights; “Jagori,” a nongovernmental organization focused on women’s issues; and “Must Bol,” a group that campaigns against gender-based violence.

Singer Rabbi Shergil and violinist Sharat Chandra Srivastava are also expected to perform on Friday for the event, at the Galleria market, subject to permission from local authorities.

The Asmita Theater Group, a Hindi group specializing in dramatic presentations over social issues, also will participate. “Theater has been instrumental in providing momentum to many socio-political movements like the Jessica Lal case, the labor crisis, domestic worker’s fight and more recently, safety of women in the city in relation to the recent Gurgaon Rape case,” said group founder Arvind Gaur. “Until theater directly challenges a person, he doesn’t see any wrong in staring at women.”

The group will be performing “Dastak,” a play that aims to educate people about the atrocities perpetrated against women in urban India. “What is the point of an administration that cannot create a safe environment for its citizens,” Mr. Gaur asked.

At least 100 people are expected to participate in the protest on April 13, and activists hope many more will join in for the “Girlcott.” Ms. Dubey said she considers the protest a warning for the administration, “While I know that the ‘Girlcott’ will not make a huge impact on the volume of expenditure, it is a symbolic protest to say that if you don’t consider our safety we will not spend our money at your establishment. And if things get worse, we can take this forward and increase our impact.”

But can the protest organizers help find solutions to Gurgaon’s problems? That remains to be seen. Some of the long-term changes that activists hope to see in Gurgaon include more inclusive urban design, better street lighting, more public spaces, better pedestrian access, more women constables and better security. Urban planners and activists say that the root cause of the trouble in Gurgaon is that development has been largely privately driven; huge pockets of land are owned by private corporations, which tend to the spaces within their confines.

However, the public spaces between those private encampments are neglected by both the private corporations and government. According to a recent article in the Times of India, there are only 3,286 police officers in Gurgaon, while the number of private security personnel employed in the city is estimated at 150,000.