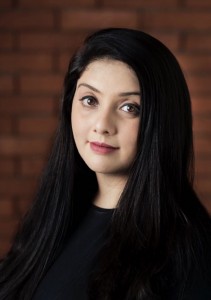 Neha Thirani Bagri is an independent journalist who writes about the intersections of gender, politics, development, and climate change.

Her work has appeared in TIME, The New York Times, The Los Angeles Times, Foreign Policy, The Caravan, The Guardian, Quartz, BBC,  Al Jazeera, Roads and Kingdoms, and The Times of India.

Neha co-authored a TIME cover story on how the deepening coronavirus crisis is reshaping India, which was a finalist for the South Asian Journalists Association awards for outstanding reporting on the COVID-19 pandemic in South Asia in 2020. Her story on a self-invented feminist activist who defends women accused of witchcraft in India won the award for an outstanding piece of non-fiction writing from the South Asian Journalists Association in 2018. That story also received a special mention in the Red Ink awards in the Women’s Empowerment & Gender Equality category. She was also a finalist for the award for an outstanding story on any subject from the South Asian Journalists Association for a story on the first US town to be relocated because of climate change published in Quartz.

In 2021 and 2020 she was awarded a fellowship from the Population Reference Bureau to report on the impact of COVID-19 and gender. In 2021 she was selected to participate in a course on reporting on religious freedom in South Asia by the International Center for Journalists. She was awarded a reporting fellowship from the South Asian Journalists Association in 2020 to report on the anti-immigrant crackdown in the Indian state of Assam for TIME. She was awarded an investigative environment reporting grant from the Earth Journalism Network in 2020, for a story on air pollution in India and Pakistan which was published simultaneously in The Caravan and Dawn. In 2020 Neha reported on the impact of the Covid-19 on the informal economy, migrant labor, press freedom, and reproductive health for TIME, The Guardian, and The Los Angeles Times.

Neha reported on the 2019 Indian general election for The Los Angeles Times, Foreign Policy, and BBC. In 2018 she travelled to Rwanda to report on the environment and completed a course in hostile environment training and emergency first-aid in Kenya with support from the International Women’s Media Foundation.  In 2017 she travelled to Senegal and Gambia with the International Reporting Project to report on gender. In 2016, she travelled to Bangladesh with a fellowship from the Overseas Press Club and The GroundTruth Project to report on the disproportionate impact of climate-induced migration on women in coastal villages.

Previously she reported for Quartz based in New York and wrote stories on the anxiety of being an asylum seeker in the US, an underground university educating persecuted Baha’i students in Iran, and an enclave of Soviet immigrants in New York who were rooting for Donald Trump during the 2016 election.

Prior to that, she was a staff reporter for The New York Times’ South Asia bureau for four years, writing regularly for the print and digital editions. During her time there she covered subjects as diverse as sex education in government schools and the role of sectarian violence in the Bihar elections. She also published front-page feature stories in the international edition of The New York Times on the paucity of open spaces in Mumbai and bureaucratic red tape hindering infrastructure development in India.

Previously, she worked as a correspondent at the feature desk of The Times of India, India’s largest English-language newspaper.

Neha graduated from Columbia Journalism School with an MA in Politics and Global Affairs in 2016. She was selected to participate in the International Fellows Program at the School of International and Public Affairs at Columbia University. She has also won the John Woods scholarship for creative non-fiction at the Prague Summer Program and the Roger Boye Oxbridge Bursary.