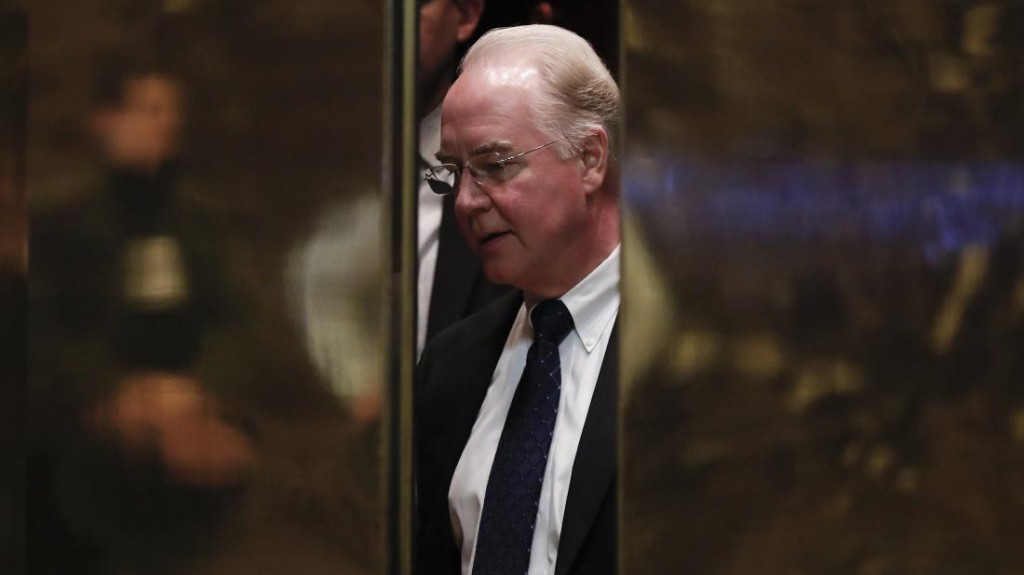 But Price would be particularly dangerous for women’s reproductive rights. The Republican congressman has actively opposed giving women access to free birth control; he voted in favor of amendment to a budget resolution in 2013 that would allow insurers to opt out of covering birth control and other preventive services for women, on the basis of religious or moral concerns. He also voted against a 2015 bill to prevent employers from firing workers for using contraception or seeking to terminate a pregnancy.

The Affordable Care Act mandates that women can obtain birth control without copay—but Price says this provision is unwarranted because, he believes, all women can afford birth control. In 2012, when Think Progress asked him about access to birth control for low-income women, he said, “Bring me one woman who has been left behind. Bring me one. There’s not one.”

In fact, a survey by Planned Parenthood in 2010 before the mandate went into effect, showed that one in three women had struggled with the cost of contraception at some point in their lives. Over half of the young women surveyed said that they had experienced a time when they could not afford to use birth control consistently. According to a report by the Guttmacher Institute, in 2015 over a fourth of all women in the US who use contraception obtain their birth control at publicly funded clinics. That figure rose to 44% when the study looked at low-income women in particular.

Price has also fiercely opposed abortion. He has repeatedly voted to ban federal funding to go towards abortions—and against bills to fund Planned Parenthood, which provides a wide range of women’s health services, along with family planning.

In 2005 Price voted in support of a bill that prohibited the transport of minors across stateliness for abortions. He co-sponsored two bills in 2005 and 2007 that would have granted personhood and constitutional protections to a “pre-born human person” from the moment of fertilization. He also voted in support of an amendmentthat would prohibit federally funded medical grants from being used to train students on how to perform abortions. He has also co-sponsored a bill, along with vice president-elect Mike Pence, which would forbid federal funding to groups like Planned Parenthood.

“Tom Price poses a grave threat to women’s health in this country,” said Cecile Richards, president of Planned Parenthood Federation of America, in a statement. “From his plan to take no-copay birth control away from 55 million women and allow insurance companies to charge women more for the same health coverage, to his opposition to safe and legal abortion, Price could take women back decades.”