There’s one sure way to reduce police brutality 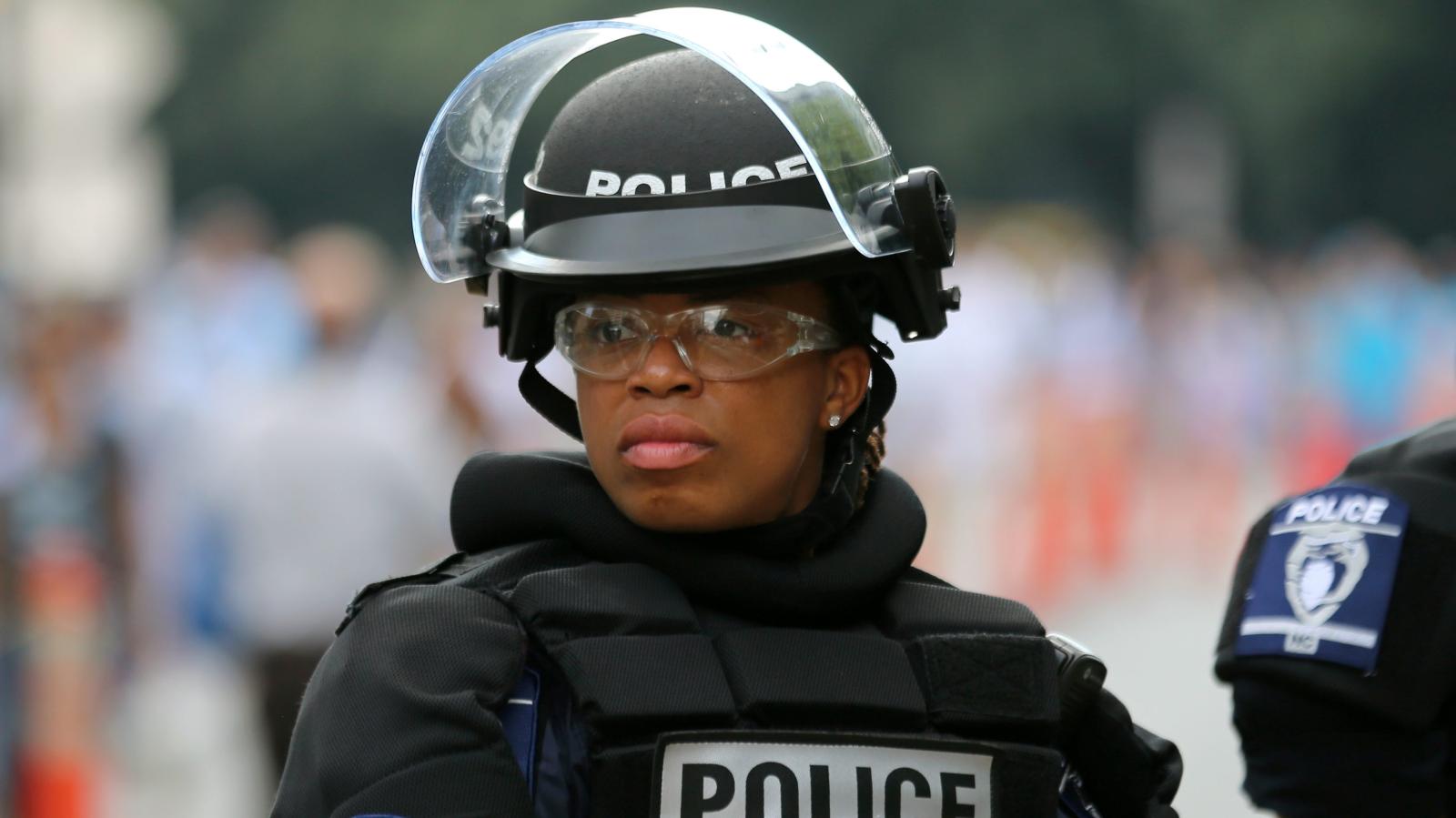 A police force that reflects the community. (REUTERS/MIKE BLAKE)

In 1991, Los Angeles police officers were videotaped as they brutally beat a black man named Rodney King after a high-speed car chase. The officers were tried for assault and when they were acquitted a year later, a week of riots left left 55 people dead. An independent commission found a significant pattern: of the 120 police officers with the most use-of-force reports, not one was female. “The statistics indicate that female officers are not reluctant to use force, but they are not nearly as likely to be involved in use of excessive force,” the report noted.

Since then, multiple studies have shown that female police officers are less likely to resort to excessive force. A January 2017 studyconducted by Pew Research that surveyed 7,917 police officers in US police departments with at least 100 officers found that 48% of female officers said that it was more useful to be aggressive than courteous in certain parts of the city, as compared to 58% of male officers. The difference is mindsets became more pronounced when officers were asked if they agreed that some people could only be brought to reason using hard, physical tactics­­­­­—33% of women agreed compared to 58% of men.

In New York, the police department found in a 2015 report (the most recent available) that of the 55 police officers who intentionally discharged their firearms during an adversarial confrontation 4% were female while 96% were male; 17% of the department’s officers are female while 83% are men. Female police officers are also less likely to have civilian complaints lodged against them. NYPD’s Civilian Complaint Review Board found that as of August 2016, of the 20,613 police officers to have at least one complaint lodged against them 87% were men while 13% were women.

Different ideas about the job

Men and women have different ideas about what it means to police. “They come to the job of policing for very different reasons,” said Katherine Spillar, co-founder of the National Center for Women & Policing (NCWP). When male officers are asked how they view policing, many say that they are there to enforce the law. They see the use of force as a way to gain compliance with the law, said Spillar. Meanwhile, “female officers see policing as a very impactful way of helping a community solve its problems,” she said.

This difference in attitudes to the job is evident in NCWP studies. A 2002 study by the NCWP found that a male police officer is 8.5 times more likely to have allegations of excessive force sustained against him. Meanwhile, a 2003 study by the NCWP showed that female police officers are more likely to emphasize communication and empathy in their interactions with the community, and receive more favorable evaluations and fewer complaints.

If police departments in the US want to see a substantial shift in attitudes to policing, changing the gender ratios in the force may be a solution. As it stands, women are grossly underrepresented in the American police force.

In 2013, the most recent year for which data is available, 12% of full-time local police officers were women according to the Bureau of Justice. The numbers shrink even more significantly in the leadership—only 3% of local police chiefs were female.

“If we were serious about solving this crisis in policing we would demand that police departments look like the communities they serve—and women are half the population of this country,” said Spillar.

Police departments don’t see it a pressing need to increase female representation. In Baltimore, a police department in which officers routinely use excessive force, women make up 15.8% of the 2,535 sworn members of the force. Yet James Handley, the director of recruitment in the Baltimore Police Department, told The Atlanticthat he thought they were “doing pretty good” because their numbers were higher than the national average. Police chiefs  who do see a need to diversify, focus on race and ethnicity, not gender.

When departments hire women, there is a marked improvement in certain outcomes, particularly the incidence of domestic abuse. A September 2016 study by Amalia R. Miller of the University of Virginia and Carmit Segal of the University of Zurich looked at the impact of the integration of women in the American police force between the late 1970s and the early 1990s. When more women were on the force, female victims of domestic violence reported abuse more often and the rates of  intimate partner homicide and non-fatal domestic abuse declined.

So why are police departments not hiring more women? Spillar argues that it’s down to how police departments frame their job descriptions during recruitment. “If you are defining a police officer’s job as using physical force, then you are going to hire very large, bulked up men because that’s who you are going to attract,” said Spillar. “But if you define policing as requiring highly developed communications and negotiation skills, and a demonstrated ability to de-escalate a situation that could become violent, then you are going to get a lot more women.”

Spillar argues that the bias towards use of force continues in the tests to enter the police academy and in the training that police officers receive. The tests favor people with excellent upper body strength and the training focuses heavily on skills such as how to fire a gun and physically subdue a suspect, she said. For young women who do want to join the force, the lack of childcare offered by most police departments becomes another obstacle.

If police departments want to see a shift in the use of excessive force by their officers, not only do they need to hire more women, they need to train all police officers to be better at communication, de-escalation skills, mediation, problem solving and interpersonal skills.

“The profession must shift its recruitment strategies to recruit more women,” said Barbara O’Connor, then president of the National Association of Women Law Enforcement Executives, at her Jan. 2015 testimony for the Presidential Task Force on 21st Century Policing. “At the same time, we must ensure our profession makes the changes necessary to take advantage of the unique skills which women bring to policing.”