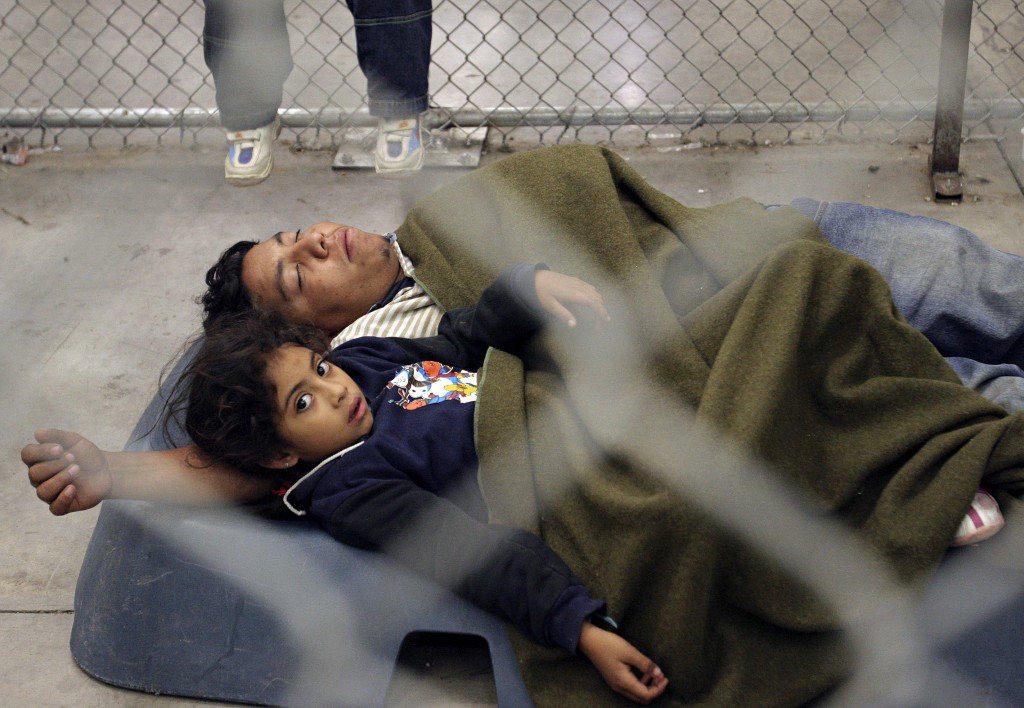 At a US border patrol detention center in Arizona, a Mexican immigrant and his child. (Reuters/Jeff Topping)

In the United States, murderers, rapists, and others who have been charged with a federal crime are entitled to court-appointed lawyers if they cannot afford one. But the government is under no such obligation to provide professional legal representation to immigrants facing deportation, because they are facing civil, not criminal, charges. And that often means that even children in immigration court are left to defend themselves against trained attorneys representing the government and arguing for deportation.

A new study by the American Immigration Council, which advocates for immigrants’ rights, looked at 1.2 million deportation cases between 2007 and 2012 and found that only 37% of immigrants facing removal secure legal representation. Those who were held in detention centers, prisons, or jails, and unable to travel to an attorney’s office or pay legal fees, were even less likely to be represented by a lawyer in court—only 14% secured an attorney, compared with 66% for non-detained immigrants. 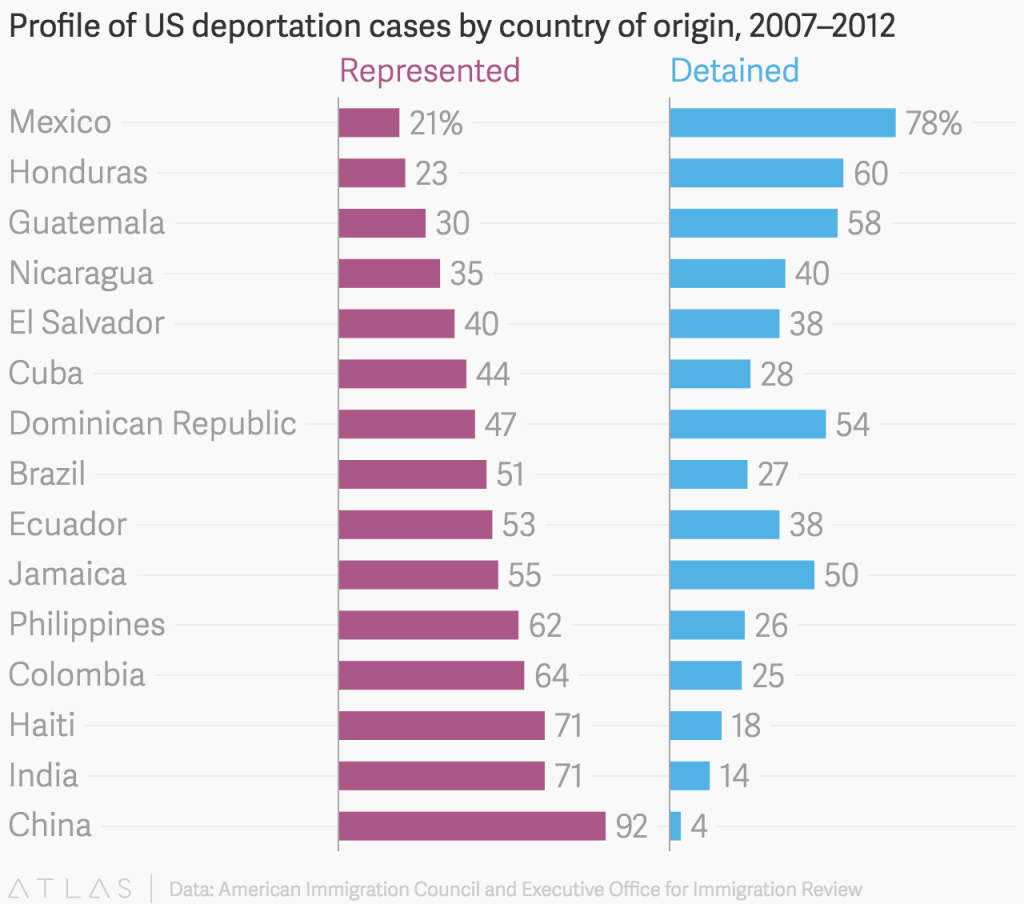 The report notes that the vast difference in legal representation between immigrants from different nationalities could be attributed to their economic status or their ability to find a lawyer through social networks.

Legal representation can make all the difference. The study shows that immigrants who have legal representation are more likely to be released from detention, avoid being removed in absentia, and seek and obtain immigration relief.