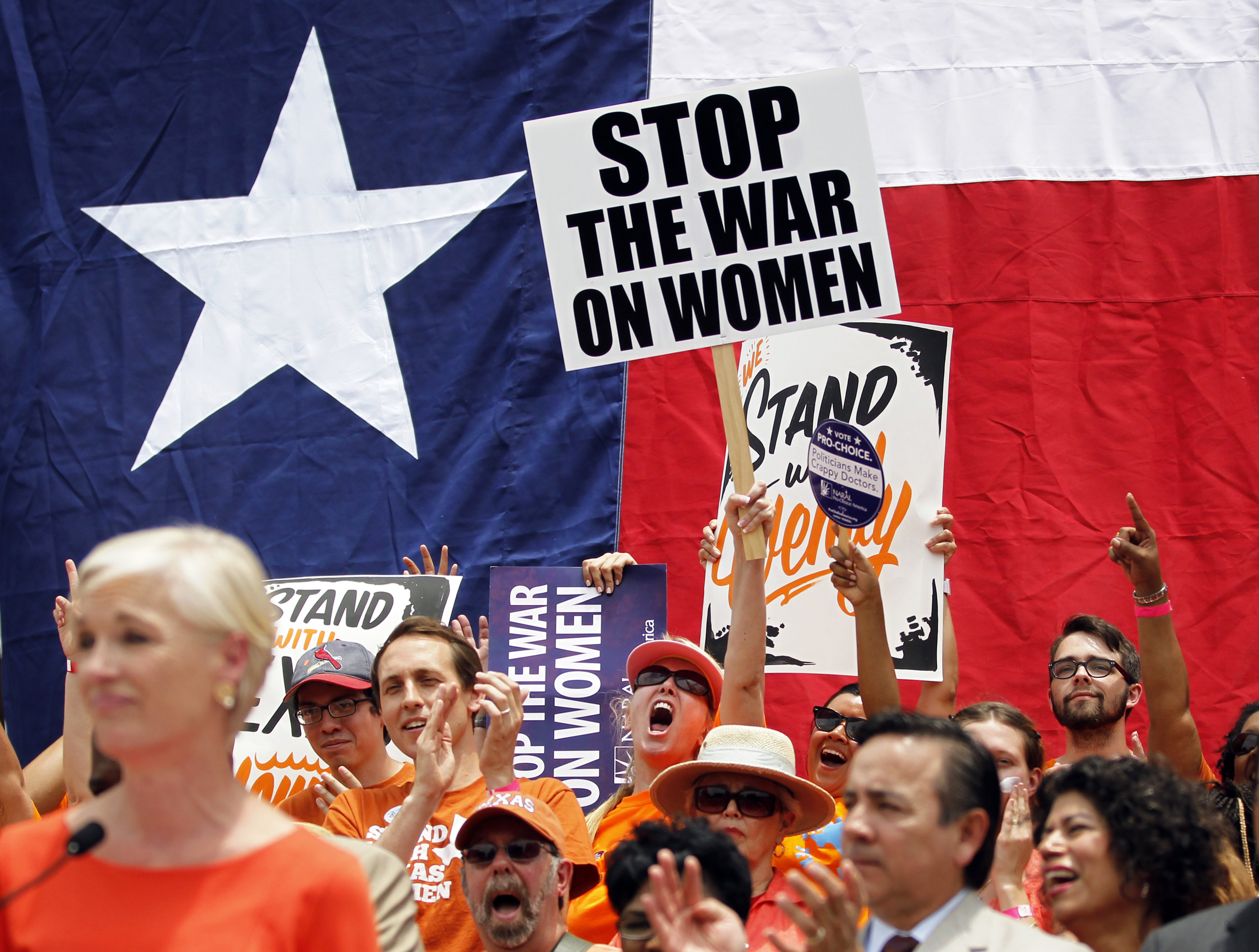 In yet another attempt to clamp down on abortions in the state, Texas is attempting to dissuade women from getting abortions by deliberately spreading misinformation about the health risks of terminating a pregnancy.

On Monday, the Texas Department of State Health Services released a new edition of a government-issued booklet meant to provide women with the knowledge and resources they need to make an informed decision about getting an abortion. In 2003, the state passed a law mandating pregnant women be provided with this information with considering an abortion. The new edition of the booklet, named “A Woman’s Right to Know,” says women who terminate pregnancies are at a higher risk for breast cancer, a claim that has been scientifically refuted by several peer-reviewed studies.

“If you give birth to your baby, you are less likely to develop breast cancer in the future,” reads the booklet. “Research indicates that having an abortion will not provide you this increased protection against breast cancer.” With the words “breast cancer risk” highlighted in bold, the pamphlet suggests a direct connection between cancer and abortion and then goes on to say that scientists are “actively studying” this link.

Studies that looked into the link between breast cancer and abortion until the mid-1990s were inconsistent in their findings. Some did find an increased risk, but this was later attributed to flaws in the way those studies were designed, including using small samples and relying on women reporting whether they had had an abortion, instead of using medical records. Newer studies, using medical reports and larger data sets, have been more reliable.

“Early studies of the relationship between prior induced abortion and breast cancer risk were methodologically flawed,” wrote the American College of Obstetricians and Gynecologists in a review of the evidence in 2009. “More rigorous recent studies demonstrate no causal relationship between induced abortion and a subsequent increase in breast cancer risk.”

In 2003, the National Cancer Institute, the US federal government’s main agency for cancer research, held a workshop of 100 of the world’s leading experts studying pregnancy and breast cancer risk to review the studies that had been carried out. They found that induced abortion was not associated with an increased risk of breast cancer.

The American College of Obstetrics and Gynecologists asked the Texas government to remove a similar claim of “increased risk of developing breast cancer after an induced abortion” from an earlier version of the booklet. However, not only did the state health department continue to include the claim, it also deleted a clause in the previous version that noted that “some studies have found no overall risk.”

Texas is not alone in lying about abortion. A study published in the Journal of Health Politics, Policy and Law last year asked a panel of experts to look at the sections on embryological and fetal development in government-produced booklets from 23 states that had laws requiring informed consent. The study found that one-third of the information in the booklets was medically inaccurate.

Some cities in the US are now attempting to regulate the problem of misinformation provided to women seeking abortions. Earlier this year, Oakland, CA’s city council adopted an ordinance to ban “crisis pregnancy centers” run by anti-abortion activists from false advertising that presents themselves as medical clinics that perform abortions. San Francisco passed a similar rule in 2011. Meanwhile, the government in France is now attempting to ban anti-abortion websites that spread inaccuracies.

“You are pregnant and want to know everything you can about the options you have,” reads the Texas pamphlet. “You have  a right to know the truth.”

Previous post
There’s been another fake news industry online for years: anti-abortion websites
Next post
Modi’s success silencing the media in India sets a dangerous precedent for the free press in Trump’s America