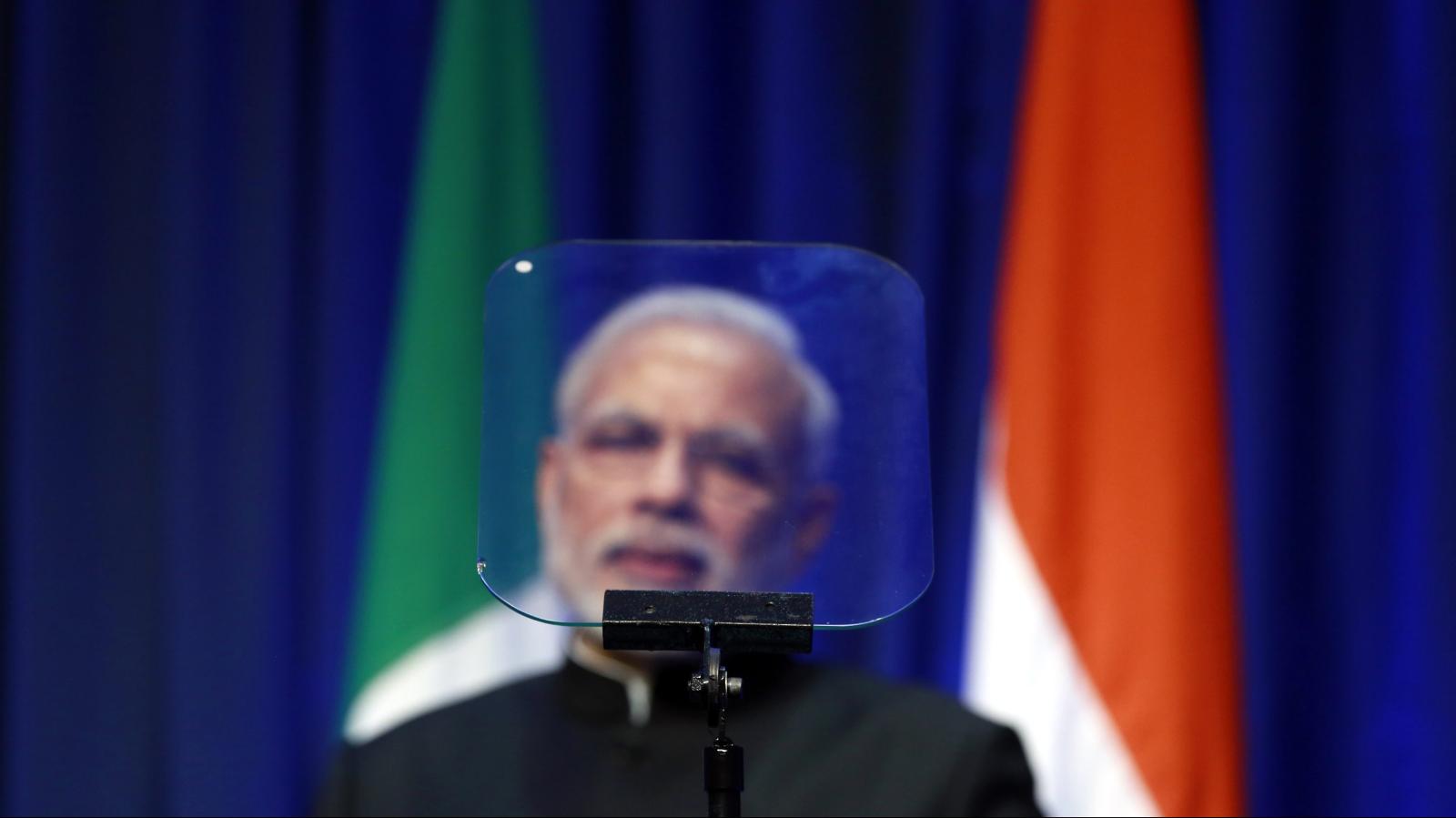 In Donald Trump’s first few days in office, American journalists have been surprised at how rapidly the new US presidential administration began to curb their access to government. For Indian journalists, the Trump White House’s efforts to control how members of the media can engage with government sources is eerily familiar. In the weeks after the Indian prime minister Narendra Modi was elected in 2014, his administration took similar steps to reduce access to ministers and bureaucrats of various departments for members of the press and centralize communications through the office of the prime minister.

“In the early stages, there is a highly centralized color to the Trump administration that echoes, in some respects, the modus operandi of the Modi regime,” says Milan Vaishnav, senior associate in the South Asia program at Carnegie Endowment for International Peace. “Not only has the White House put several agencies on notice when it comes to issuing public statements without prior approval, it has also tightly managed the transition process.”

Like Trump, Indian prime minister Narendra Modi is a larger-than-life politician who harnessed social media to speak directly to supporters, tweeting regularly and building a large following. Both leaders were criticized heavily by the media during their campaigns and had a somewhat adversarial relationship with members of the press when they assumed office. In power, both have chosen to bypass traditional media in order to control the message sent to the public.
“Donald Trump’s relationship with the press has many parallels to Narendra Modi’s approach to the media in India,” says Sumit Galhotra, former senior researcher at Committee to Protect Journalist’s Asia program. “Both leaders have exhibited an uneasiness with the media and are uncomfortable with the press playing the role of watchdog adversary.”

As early as Trump’s inauguration day (Jan. 20), there were signs that reporters would be given limited access to this administration. Breaking with a long-established precedent, Trump restricted access to the two official inaugural balls to pool press coverage only. Previously, official inaugural balls were “open press” events, which meant that any reporter could cover them, as long as they were cleared by security. On Monday, the US Environmental Protection Agency staff was told to stop communicating with the press or the public “effective immediately.” Employees at the Department of Health and Human Services (HHS) and the Interior Department have also seen directives limiting how they communicate with the public.

In the months following Modi’s election in 2014, his administration took similar steps. Doordarshan News and All India Radio (AIR), both state-backed broadcasters, were immediately made the administration’s favored choice for disseminating information to the public, and journalists from other outlets complained that they were kept out of the loop. AIR and Doordarshan’s less-combative questioning style allowed Modi’s government to carefully curate coverage and avoid tough questions.

Reporters in India complained that information on the new administration was hard to come by, and that government staff had stopped responding to phone calls and text messages. Throughout Modi’s term, journalists have been directed to the prime minister’s speeches, press statements, and Twitter feed. Ministers and bureaucrats are told to avoid the media and speak only when Modi offers an “official line.” Some ministers are even told to refrain from speaking to journalists at all and leave it to their department’s official spokesperson. “What this means is, to paraphrase an old adage, that ‘those who know do not speak, and those who speak do not know,’” says Vaishnav.

“There has been a lot of communication from the government, but it’s been very top-down,” N Ravi, editor of the Hindu newspaper and president of the Editors Guild of India, told Reuters. “It’s been a one-way street.” Each month Modi records a radio show titled “Mann ki Baat” (“Talking from the Heart”) on AIR, often using his address to the nation to promote some government policy. While India’s previous prime minister was accompanied by 30 or more journalists when he travelled outside the country, Modi chose to take only nine journalists on his 2014 trip to the US—most of which were from state-funded media.

“Several journalists I met with in India shared the belief that Modi was tightening the screws on the flow of information and found newsgathering was becoming more difficult. I think the same can be said of Trump’s early moves in office,” says Galhotra. “Both Trump and Modi have attempted to create a one-directional relationship with the press: journalists should amplify their message but should not be given the space to challenge it.”

One reason this tactic has been effective in both countries is that public trust in the media has eroded. In September 2016 a Gallup survey found that American’s trust in the mass media had sunk to an all-time low, with only 32% saying they have a “great deal” or “fair amount” of trust in the media. Likewise, according to a 2017 Edelman Trust Barometer, the media is the least trusted institution in India. “In India, the right-wing has succeeded at denigrating the media, by labelling them “presstitutes,”  and painting them as corrupt,” says Galhotra. “I see Trump and his supporters making similar attempts here at home to undermine the public’s trust in the media.”

In Modi’s India, the press has often found it hard to effectively do its job and hold government accountable. The Editors Guild of India issued a statement saying, “Diminishing access to information to journalists and the media runs against the grain of democratic functioning in an age of openness, transparency, and right to information.” Without access to government officials, the prime minister’s Twitter feed has become a primary news source.

“One news source that is fast acquiring a monopoly over the dissemination of the government news—apart from the Press Information Bureau, which is churning out press statements at an unprecedented pace—is the prime minister himself,” wrote journalist Dhirendra K Jha in Scroll. “Modi’s tweets, in fact, are fast becoming the main source of news for the mediapersons in Delhi.” And on Twitter and radio addresses, journalists have no opportunity to question Modi.

Several Indian journalists say they increasingly face backlash for producing journalism that questions or criticizes the Modi administration or the Bharatiya Janata Party, which is at the helm of the government currently. The environment is one in which “you can’t say anything against Modi,” says Swati Chaturvedi, a print and TV journalist who filed a police report after receiving hundreds of threats a day. “It’s a systematic sort of harassment and bullying which will eventually silence a lot of people who don’t have the confidence to fight back.”

“We might be looking at one of the most illiberal periods for the media operating in India, with the government indulging in a form of unilateral messaging and many media outlets surrendering their irreverence in favor of adulatory reporting,” wrote journalist Nidhi Dutt.

It remains to be seen if Trump’s administration will change course in the coming months; it has already backtracked on some of its media-related directives. For example, vice-president Mike Pence had said that the administration was considering getting rid of the press briefing room in the White House and moving reporters to “a larger venue” elsewhere on the complex. Though Pence framed this as a way to make room for more journalists, it has raised alarm bells in the media. Last week, in an interview with Fox and Friends, Trump said, “The press went crazy, so I said, ‘Let’s not move it.’”

Previous post
Texas’s state health department is disseminating lies about cancer to frighten women from getting abortions
Next post
To save its budget, the US State Department is defining gender equality as a national security issue