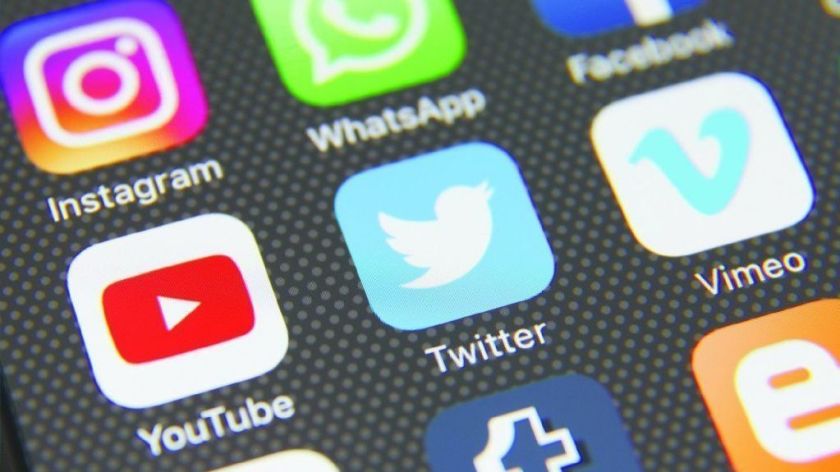 India’s proposals to monitor online content have drawn comparisons to China, which has one of the most restrictive internet and social media policies in the world. (Getty Images)

The Indian government is considering regulations that would require online social media platforms to take down content considered unlawful or face sanctions.

The proposed regulations define as unlawful speech that is defamatory, indecent, immoral, hateful or threatening to the public order. The legislation comes amid a proliferation of misinformation on social media. False messages and videos about child kidnappers last year went viral on WhatsApp in India, leading to mob violenceand the deaths of at least 20 people.

At the same time, legal experts, internet service providers and online platforms are concerned that the rules are too loosely defined and contend that companies are ill-equipped to decide whether specific content violates Indian laws. Moreover, they say, the proposals would do almost nothing to halt the dissemination of so-called fake news, the ostensible purpose of the changes.

Amendments to the Information Technology Act would include requirements that all online platforms with more than 5 million users have a registered office in India with a representative who would respond to government queries. In addition, the firms would be required to retain user data for 180 days or longer if demanded by a government agency.

Weeks earlier, the government authorized 10 law enforcement, intelligence and tax agencies to intercept information generated, transmitted, received or stored on any computer, smartphone, tablet or other computing device, if approved by state or federal authorities. Advocacy groups have filed petitions challenging the move in court.

Legal experts warn that allowing government agencies such unfettered access to data would create a surveillance infrastructure that lacks transparency and accountability, and could violate a 2017 Indian Supreme Court judgment recognizing privacy as a fundamental right.

Seen together, the moves would represent a sharp escalation of efforts to investigate and censor online speech in the world’s largest democracy, analysts say. The regulation efforts have even drawn comparisons to India’s neighbor, China, which has one of the most restrictive internet and social media policies in the world.

Apar Gupta, a lawyer and executive director of the Internet Freedom Foundation, a New Delhi-based advocacy group, compared the proposals to laws in China that require global internet companies to change core product features — such as end-to-end encryption that protects users’ privacy — or be shut out of doing business in the country. Facebook, Twitter and WhatsApp are among the global social media and messaging giants that are blocked in China.

“The new proposals require proactive filtering and cleaning of online content by online platforms,” Gupta said. “This has striking similarities to China’s demands towards global platforms to comply with its regulatory requirements where the legality of speech to a large degree is determined by cultural sensitivity.”

Prime Minister Narendra Modi’s government, which is pushing the changes despite opposition from political rivals, has given the public until Jan. 28 to comment on the legislation. It is unclear when the proposals would be enacted.

Tech companies have sent representatives to meet with government officials in New Delhi to seek clarity on the proposals. Through a representative, Twitter said it “look[ed] forward to continuing engagement with Indian government … as they seek input from the tech industry with regards to draft regulations.”

Internet companies are facing growing demands from governments worldwide to filter content for copyright infringement, hate speech and child pornography. The European Union is considering a proposal that would require websites to monitor all content uploaded in order to swiftly take down anything that could incite acts of terrorism.

The demands come as Facebook, Twitter and other platforms have been accused of taking inadequate steps to control the spread of hate speech and fake news that has been linked to deadly violence in India, Sri Lanka, Myanmar, Mexico and other countries.

The Indian government has argued that it is the responsibility of social media companies to police their platforms for speech that “spread[s] incorrect facts” or could incite violence. Information Technology Minister Ravi Shankar Prasad said in July that if companies didn’t take prompt action against such messages, they could be held legally accountable.

“The instances of misuse of social media by criminals and anti-national elements have brought new challenges to the law enforcement agencies,” the government said in a statement announcing the proposals last month.

Facebook, Twitter and other platforms have long removed hate speech and other posts that violated their guidelines, but industry experts caution that hate speech is often a nuanced problem requiring an examination of the context as well as the message.

“It cannot be up to a private player to make a determination on whether certain kinds of content is lawful or not,” said Nehaa Chaudhari, public policy lead focusing on technology and innovation at Ikigai, a New Delhi-based law firm. “That is a question for the courts.”

If regulations are approved, experts worry it would encourage companies to err on the side of caution and preemptively censor messages.

“What this approach would translate into in the minds of these companies is, ‘Take it down first and let’s think later, because we would rather avoid the liability,’” said Amba Kak, public policy advisor at Mozilla, the nonprofit organization behind the web browser Firefox.

Rajesh Chharia, president of the Internet Service Providers Assn. of India, an industry group, said the government needs to come up with a stricter definition of unlawful speech.

“Otherwise every private company will make their own definition,” he said.

India has drawn considerable flak for failing to uphold freedom of speech, particularly online. In a 2018 report by the U.S. nonprofit Freedom House that rated internet freedoms in dozens of countries, India scored 43 on a 100-point scale, where zero is most free.

The report also found that India leads the world in internet shutdowns, with federal, state and local authorities ordering service providers to restrict cellphone, messaging and other services at least 96 times from January to mid-August 2018. Indian laws give authorities the power to restrict internet access to maintain public order.

Over the last two years, at least 50 people were arrested across India for posts on social media, according to Mint, a business daily.

Kishorechandra Wangkhem, a television journalist in Manipur state, was arrested in November and later sentenced to a year in prison for uploading videos to Facebook critical of the state government and calling its leader a “puppet” of Modi.

Under the new guidelines, Facebook would have had to ensure that the videos were swiftly taken down or risk prosecution.

Legal experts worry the regulations would do little to stop the spread of fake news — the government’s stated purpose for proposing the changes — but rather infringe on dissent. Misinformation is not illegal in India and would not be flagged for removal.

With national elections scheduled for this year, activists worry that Modi’s powerful Bharatiya Janata Party, which controls the central government, could put pressure on companies to censor critical content. Last year, in elections in the southern state of Karnataka, the BJP and rival political parties circulated false information on WhatsApp and used it to fan community tensions.

By not addressing fake news, the legislation “is missing the woods for the trees, because the underlying problem will not be addressed,” lawyer Chaudhari said.

Previous post
The US is relocating an entire town because of climate change. And this is just the beginning
Next post
When India and Pakistan clashed, fake news won